My nana was my first true love. She is not so well these days and I don’t get to see her too often but every time I open my cookbook there she is – with a twinkle in her eye and her cheeky dimple peeking up at me from the pages.

Nana was also my first teacher in the kitchen, she had only a handful of recipe books, preferring to create her own recipes as she went along. The pages of her recipe book were dog eared and stained but some of the dishes are now third generation. I know she would be delighted that her great grand daughter is trying out those same recipes, albeit on the other side of the world.

On special occasions and family get-togethers there would invariably be a pavlova. Forget about the Italians and Australians – this dessert is New Zealand through and through. Dressed in cream, strawberries and kiwi fruit and served with fresh fruit salad – it doesn’t get much better than this.

I’m very lucky to have Nana’s pav plate, it’s certainly older than I am and like me it’s lots some of its sheen over the years, but it wouldn’t be the same making a pav on anything else.

This is Nana’s secret recipe…

You’ll struggle if you don’t have a cake mixer for this as it takes some beating. You need to make sure your bowl is completely grease free or the egg whites won’t stiffen. Use the freshest eggs you can get.

Now add the caster sugar a bit at a time, say four equalish measures. Keep whisking until the meringue does not move in the bowl (dare the kids to stand underneath it!)

Now pile it onto a round of greaseproof paper on a baking plate or tray. Smooth it out so it is a couple of inches high with a slight groove in the middle. 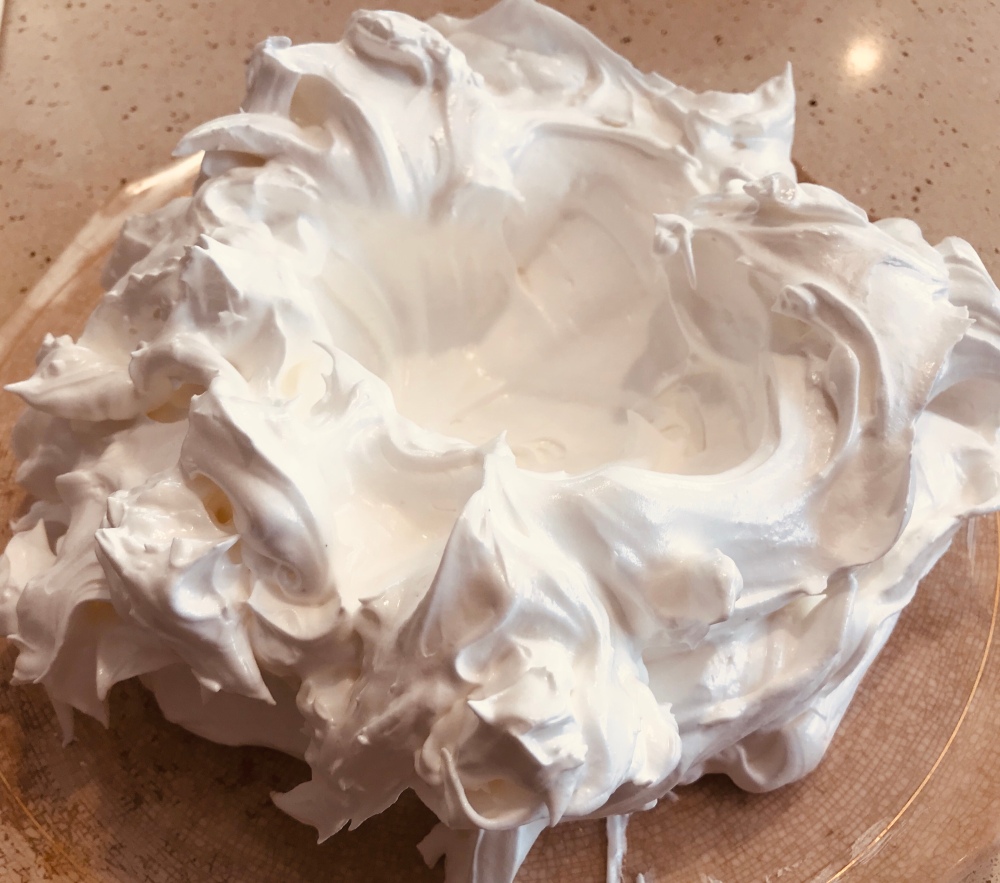 Bake at 140 degrees c for 1 hour 45 minutes. Don’t open the oven while cooking. Turn the oven off and leave the pav in the oven to cool, with the door slightly ajar (or it will collapse).

When cool fill the centre with cream and decorate.

This site uses Akismet to reduce spam. Learn how your comment data is processed.